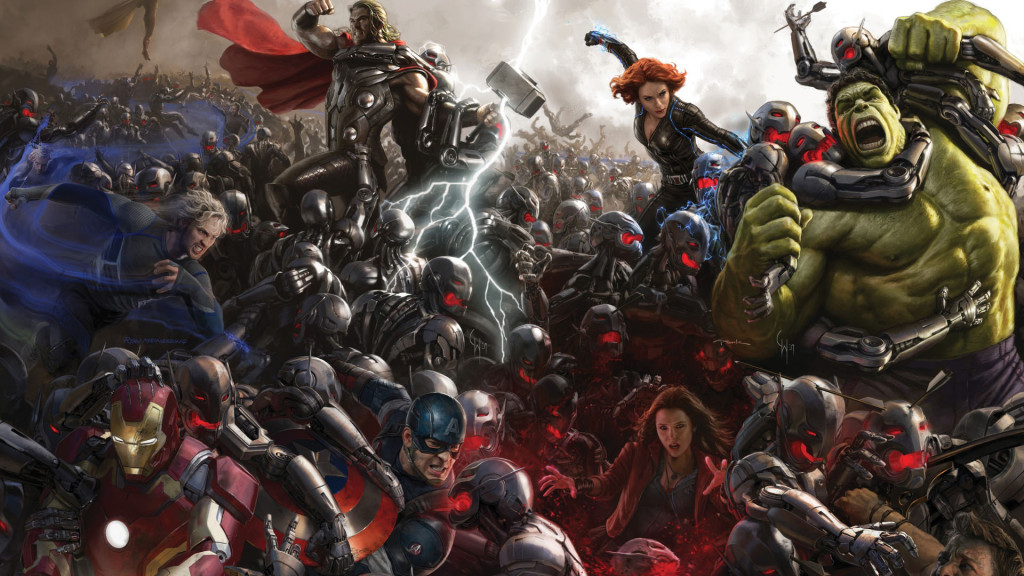 1. Hulk got a welcomed upgrade to his wardrobe with the addition of stretchy pants, which he wears underneath his clothes. No more will he be caught in the embarrassing situation of being half-naked in shredded clothing when he Hulks-out—the pants, made of high-tech, microfiber fabric, stretch with him. 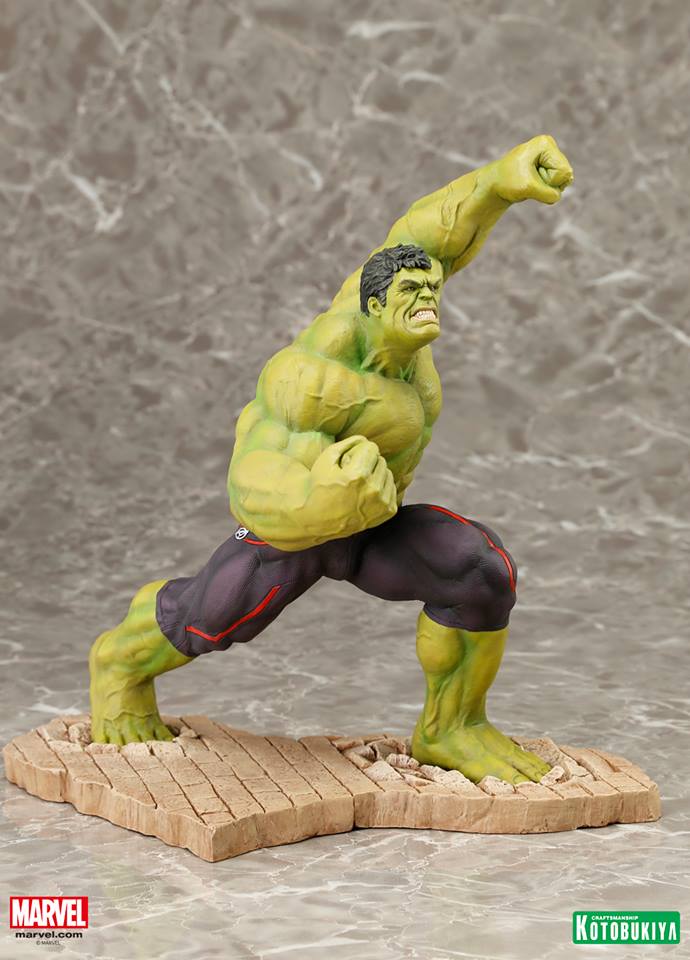 2. Thanks to Tony Stark’s engineering skills, Hawkeye received an upgrade to his weaponry. He now has many new arrow tips that serve different purposes. Some of these are explained in the movie and others the audience will just get the joy of seeing deployed on screen. Hawkeye’s quiver has also changed—it is more automated and faster loading, and is capable of holding nine arrows.

3. Hawkeye’s bow also received a makeover, with the classic black color being changed to maroon. Added features to the bow include an infrared-sighting device and a sonic-sighting device. 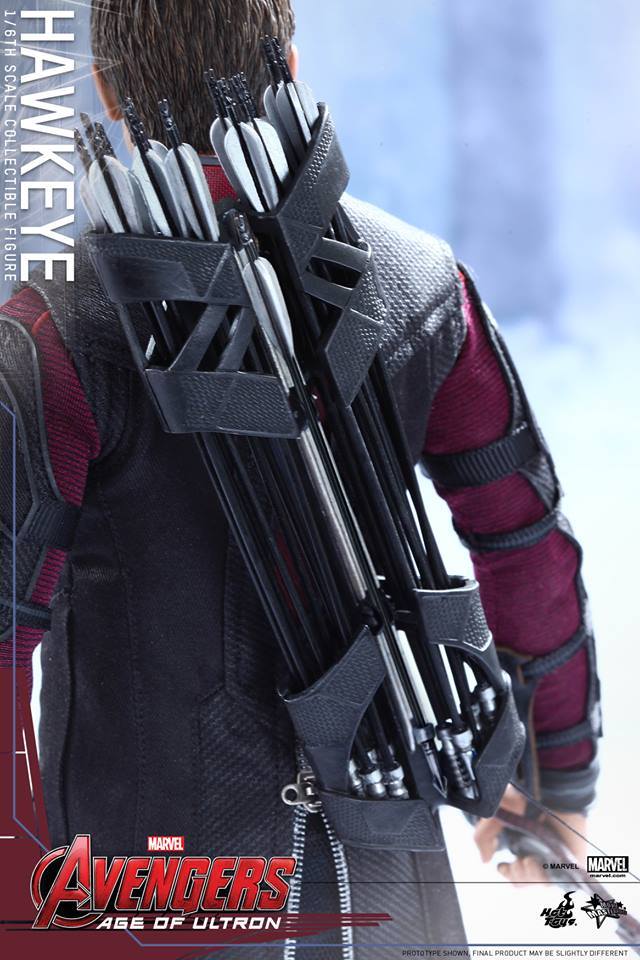 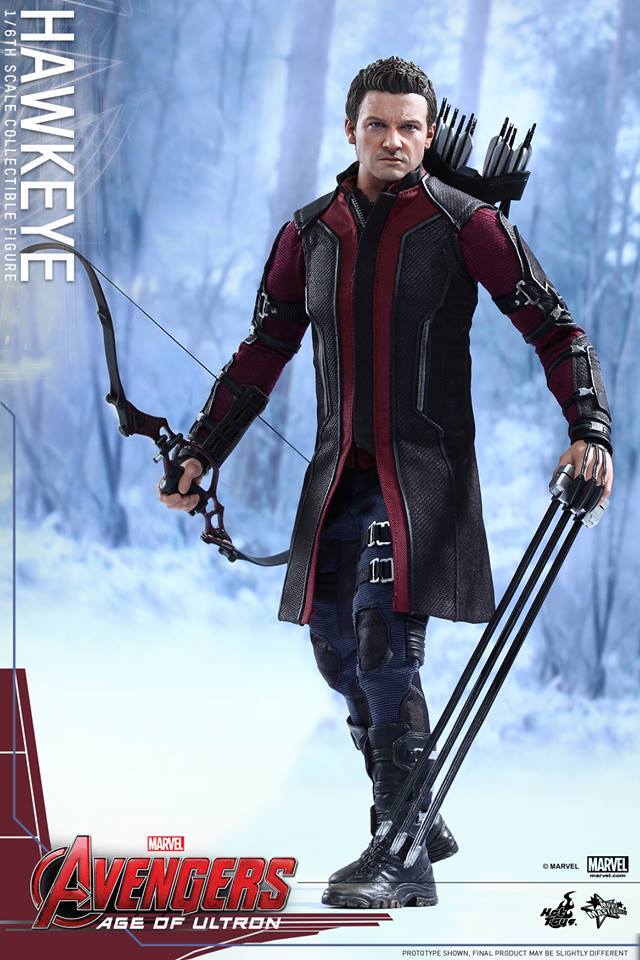 4. An exciting change was also made to Captain America’s shield. It now has the ability to be called back, much like the Iron Man suits. Instead of having two handles in the back, the shield now has a magnetic element that clips onto Cap’s gauntlet.

5. Courtesy of Tony Stark, Black Widow gets to flaunt new fighting batons, which are based on Escrima Sticks. But Black Widow’s two sticks are charged exactly the same as her stingers, so when she jabs, she is not only striking her opponent, but delivering a massive jolt of power as well. 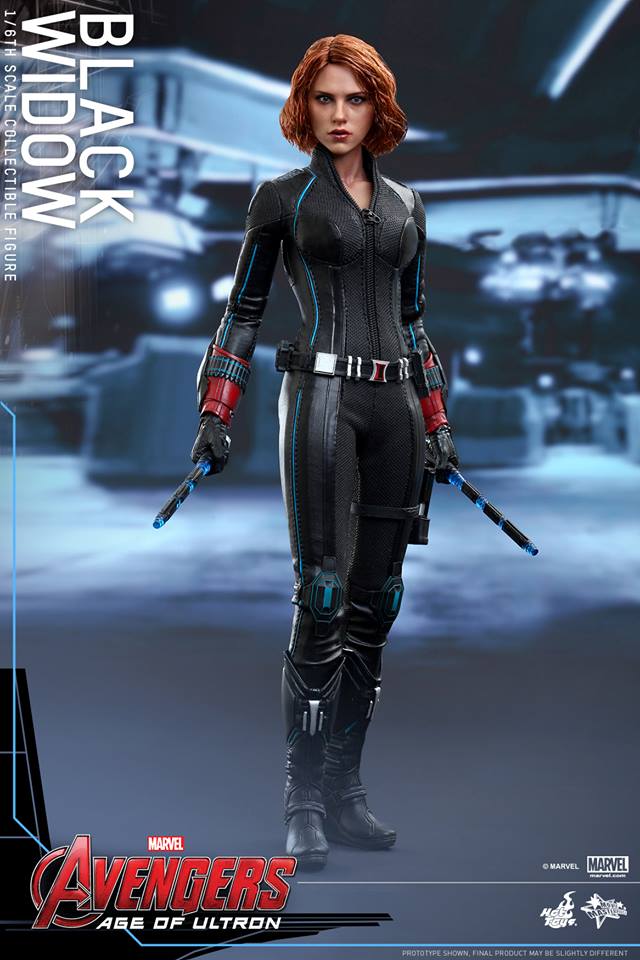 6. On this film, production designer Charles Wood and his team built an enormous, new Avengers Tower set that is the largest set ever built for a Marvel film. Much of the movie takes place there on its many different levels. A large expanse of glass opens the view to New York City and one can also see a hangar for the Quinjet. The multiple environments are all connected, with the ability to move from downstairs to upstairs and vice versa.

7. The Avengers Tower set is designed to serve the story in multiple ways. In the movie, the Tower, designed and built by Tony Stark, is a gathering place for The Avengers—a place to plan, do business, relax or study. There is a lounge area, three laboratory areas plus a machine room, a gym, a relaxation area and a locker room. The Tower was also designed to provide everything Tony Stark needs for his work and research.

8. New characters entering the Marvel Cinematic Universe from the comic book world are Wanda (Scarlet Witch) and Pietro Maximoff (Quicksilver), who have powers that have not yet been seen on screen. Pietro is lightning fast and Wanda possesses the power of telekinesis, and she is able to fire neurons in people’s brains remotely using her powers and as a result can manipulate their minds. 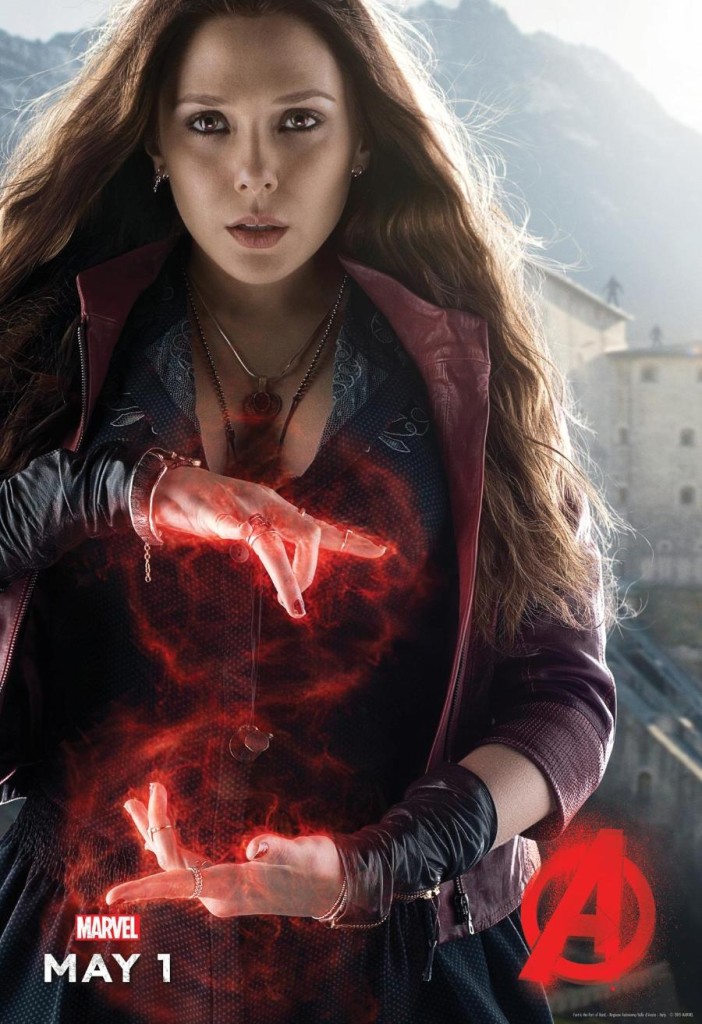 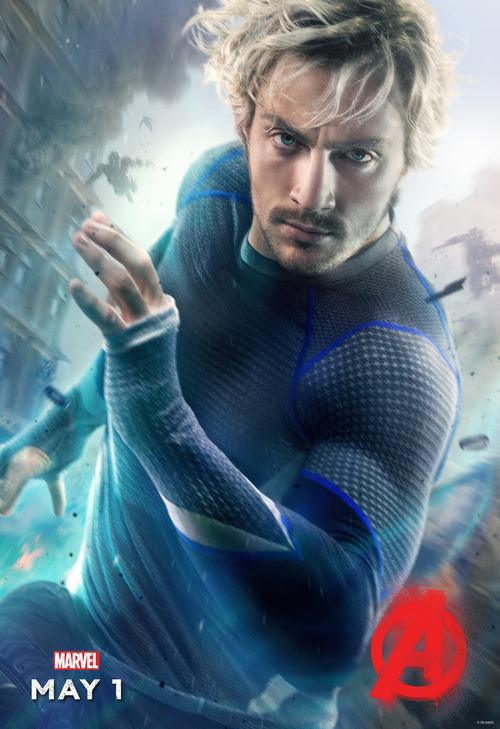 9. Another new character on The Avengers team is Vision, played by Paul Bettany, who previously had voiced Jarvis in the Iron Man films. He’s an artificial life form whose look is truly unique. Vision’s powers are spectacular and he represents a new power base for The Avengers team. 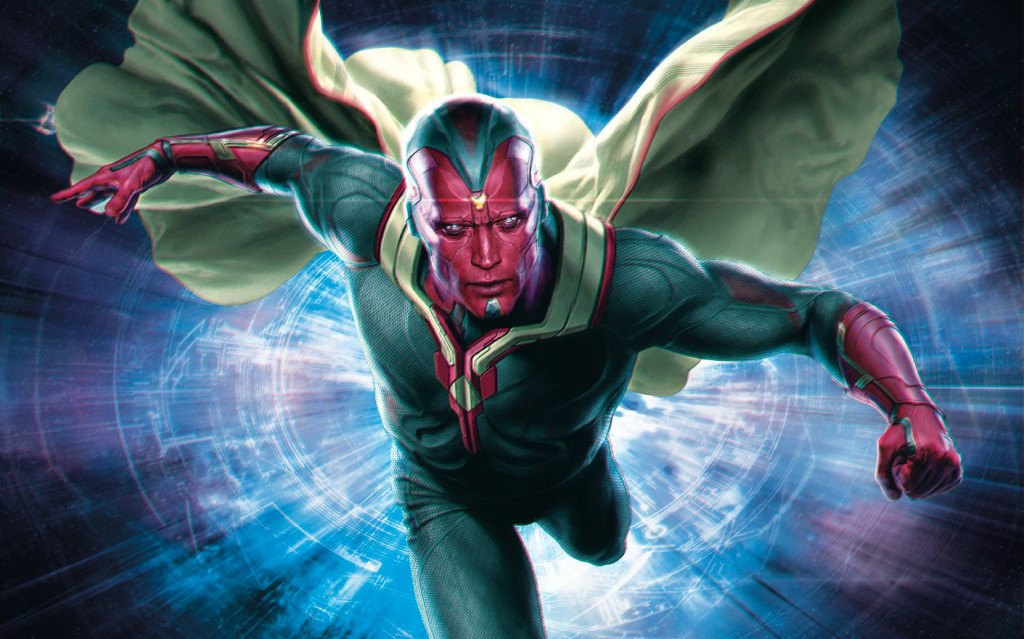 10. The Hulkbuster is an iconic piece of Iron Man tech—a prebuilt super-suit designed to take on the Hulk. The Hulkbuster Armor was developed by Tony Stark and Bruce Banner, after they studied the Hulk’s physical actions and strength levels in an effort to find a way to contain him and minimize the damage caused by his rages. A satellite in low orbit is always around Banner and at a moment’s notice, Tony Stark can deploy the Hulkbuster armor, get into it and stop the Hulk in his tracks—theoretically. 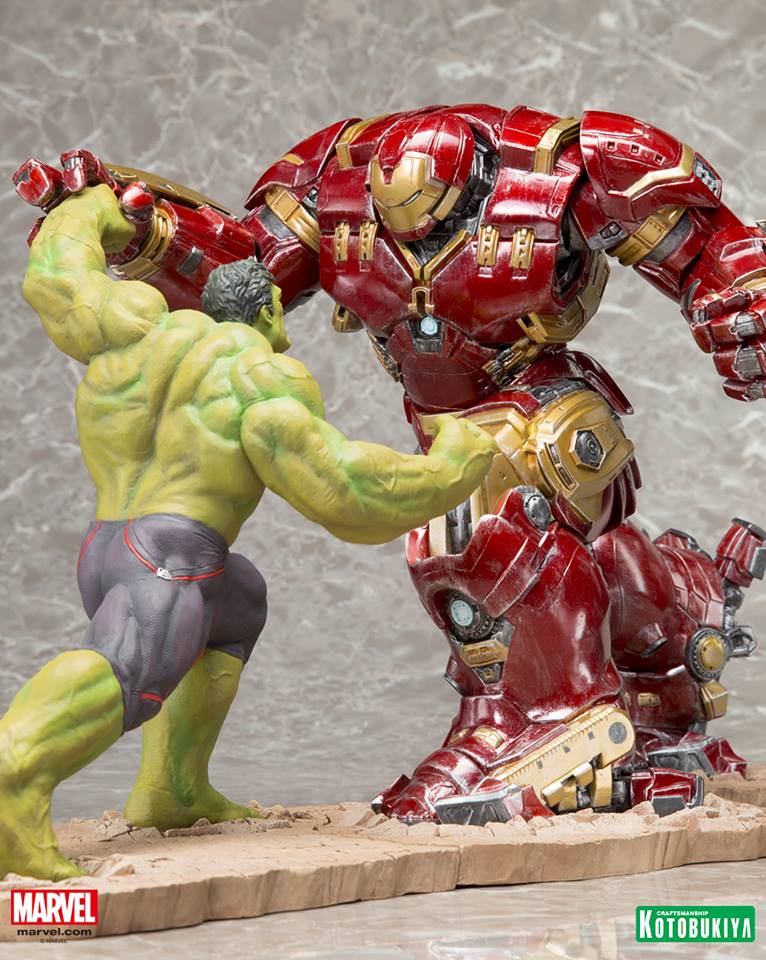 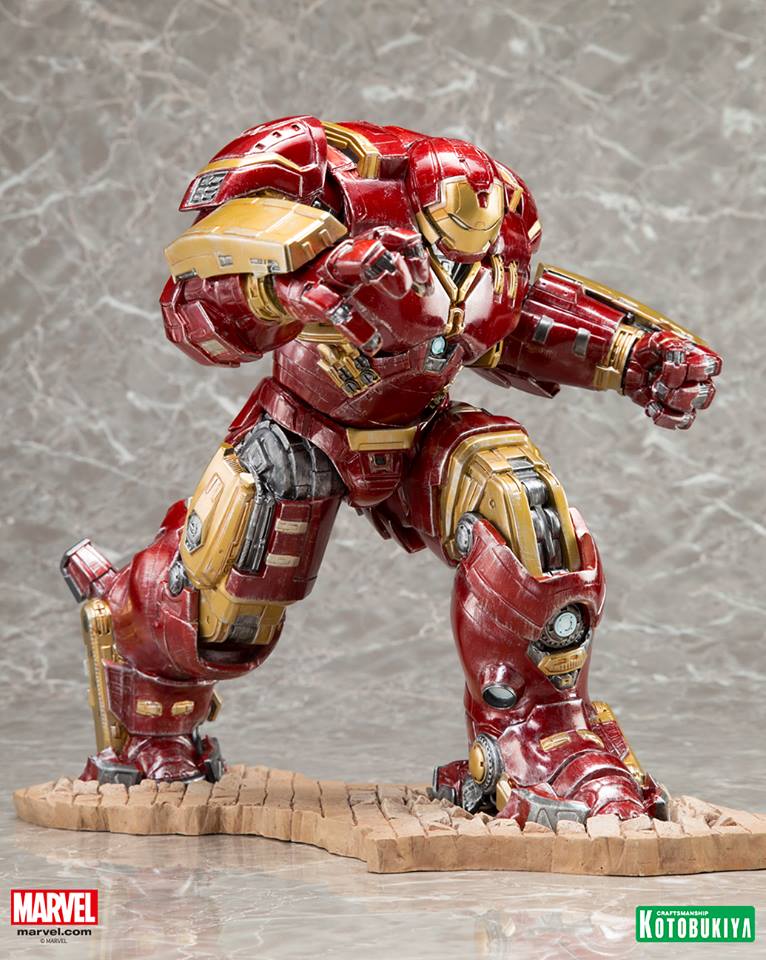 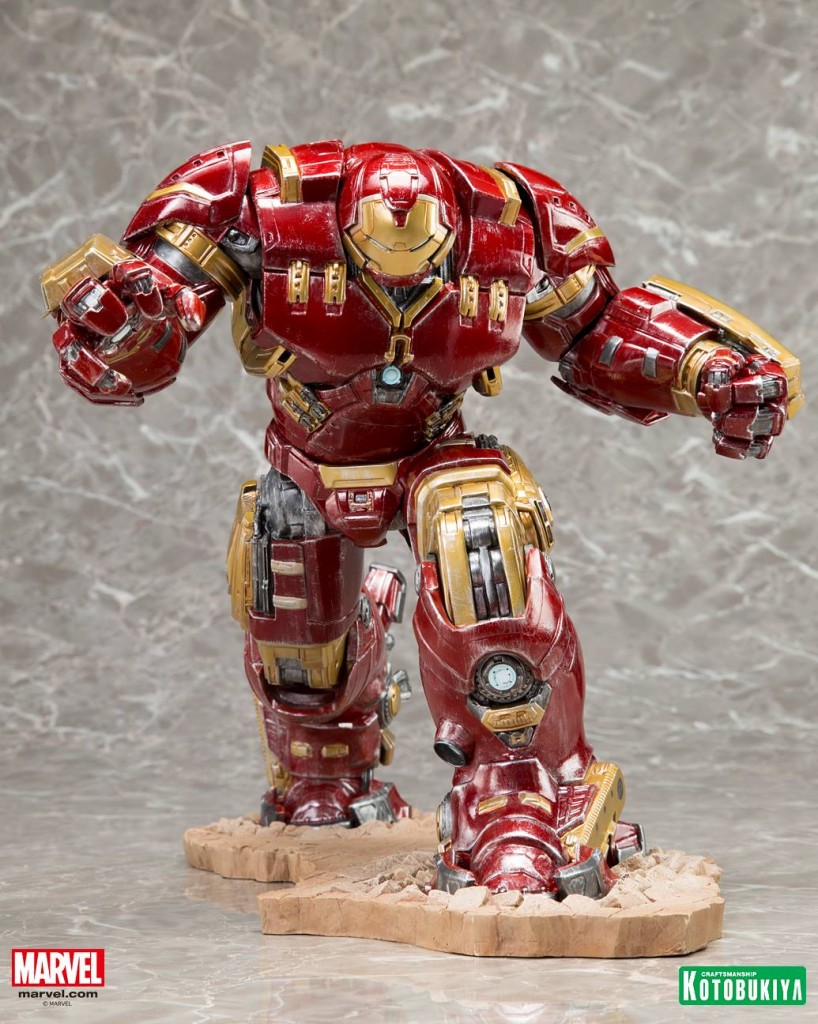 11. The redesigned Quinjet has a more militaristic look this time around and the pilots are now able to have a good look at the environment around them while flying. The design of the canopy was based on a helicopter cockpit with glass in front and below, which will give audiences a tremendous sense of speed when the Quinjet is flying through city airspace. The interior has been stripped down to a more utilitarian, sleek space as well, with many of the luxurious finishes and padding removed for an edgier look.

12. A unique asset to the production in Seoul was the use drones and remote control cars to put the camera in places that could never be achieved by camera operators or helicopters. The production enlisted the expertise of brothers Menstru Pa, who is the Korean National Champion in drone flying, and Pak Min Keu, who is the Korean National Champion in remote car racing.

13. Dressing the Super Heroes for a pivotal party scene was a task that fell to veteran costume designer Alexandra Byrne. Since it is the first time that Thor has ever been seen in party clothes, Byrne worked with Chris Hemsworth to find the right combination of jeans, jacket and shirt that would dress his shape and not look themed or fancy. Dressing Tony Stark was easier, especially since Robert Downey Jr. wanted a very sophisticated look. Subsequently it was off to London’s famous Savile Row for tailoring. After five fittings, Tony Stark emerged looking quite elegant.

Marvel Studios presents Avengers: Age of Ultron, the epic follow-up to the biggest Super Hero movie of all time. When Tony Stark tries to jumpstart a dormant peacekeeping program, things go awry and Earth’s Mightiest Heroes, including Iron Man, Captain America, Thor, The Incredible Hulk, Black Widow and Hawkeye, are put to the ultimate test as the fate of the planet hangs in the balance.

As the villainous Ultron emerges, it is up to The Avengers to stop him from enacting his terrible plans, and soon uneasy alliances and unexpected action pave the way for an epic and unique global adventure.

Marvel’s Avengers: Age of Ultron stars Robert Downey Jr., who returns as Iron Man, along with Chris Hemsworth as Thor, Mark Ruffalo as Hulk and Chris Evans as Captain America. Together with Scarlett Johansson as Black Widow and Jeremy Renner as Hawkeye, and with the additional support of Don Cheadle as James Rhodes/War Machine, Cobie Smulders as Agent Maria Hill, Stellan Skarsgård as Erik Selvig and Samuel L. Jackson as Nick Fury, the team must reassemble to defeat James Spader as Ultron, a terrifying technological villain hell-bent on human extinction.