Marvel’s Guardians of the Galaxy Trailer

Here is the first official trailer for Marvel Comics upcoming Guardians of the Galaxy feature film.

I’m on the fence with this one. I like the Guardians (would have loved Bug to be included…maybe in a sequel), but they really aren’t a super hero team in the traditional sense. It would seem the easy way to go is market this as a science fiction adventure, but at least one character has ties to Marvel Universe character we’ve already seen (no spoilers here) and you’d have to think Marvel is going to look to tie GotG in with the Avengers franchise at some point. 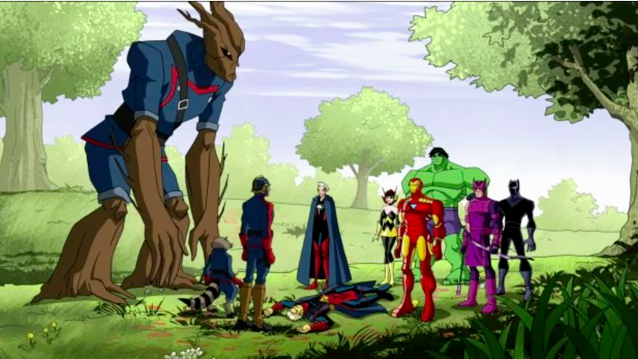 Overall the trailer did a pretty good job of introducing the GotG, but I think it was a little too comical. John C. Reilly is a great actor, but I tend to think of him playing comedic roles, so having him in the majority of the trailer didn’t give me a feel that this movie is either a super hero film or a space adventure. I have no idea how much of a role he’ll have in the film, but it just seemed odd that he was such a focal point of the trailer. Add in the “Hooked on a Feeling” as the main song in the trailer and it just didn’t feel like Marvel’s best effort with the first official trailer.

Oh…I’m still getting on line opening day (08-01-14) to see this film! It just seems to have lacked something for the first introduction to the mass movie audience that doesn’t know anything about these characters.